A Beginners Guide to the Anatomy of Blockchain In Healthcare

The entire human genome is thought to be about 200 gigabytes (GB) - for reference, 10GB would be about 900 Encyclopedia Britannica volumes. As we progress into a new health paradigm of personalisation and prevention we are being forced to consider how we can make growing masses of data, like genomic data, more accessible for consumers, ensure privacy and facilitate interoperability. Enter Blockchain. Blockchain has been making its way into the Healthcare lexicon as a potential facilitator to help us address these mammoth goals. In this weeks blog we break down the opportunities and realities of Blockchain in Healthcare to help provide a foothold in this emerging environment.

It will comes as no surprise that our data is held in fragmented silos, from EHRs to wearables. Blockchain came to our attention due to the cryptocurrency overhype, but there is real hope and scientific validation behind the technology beyond this application. At its core, Blockchain in healthcare is positioned as bringing together these silos of data and empowering the consumer to access, store, share and use their data like never before. Even more broadly speaking, Blockchain and smart contracts represent new opportunities for augmented reimbursement and a further move towards a system truly embedded in the value based care. However, as with all digital health interventions, it is clear Blockchain alone is not the answer to these macro healthcare issues.

Blockchain is said to have been established in 1991 by a group of researchers looking for a simple way to timestamp digital documents. This iteration of Blockchain went by largely unused until it was adapted by the elusive alias ‘Satoshi Nakamoto’ in 2008 in order to serve as the public transaction ledger of the cryptocurrency Bitcoin. Since then interest has skyrocketed in terms of Blockchain's potential in all fields including humanitarian aid, FinTech and healthcare. However a number of misconceptions have emerged and infiltrated the public dialogue, misconceptions that are important to clarify as we look to understand the emerging application of Blockchain in Healthcare.

Here are some Blockchain truths to set the scene:

So, what exactly is Blockchain and what benefit could it offer in healthcare?

At its most basic level Blockchain is a transactional ledger recording the movement of transactions from one party to another. Blockchain is unique as it is a distributed ledger made up of a network of partners, or peers, sharing a single copy of the ledger.

These characteristics make Blockchain tamper proof and highly resilient which is ideal for the the assurance of integrity, that we are increasingly requiring with mounting data sets such as those building in Healthcare today.

Blockchain technology can be applied to a number of sectors and implemented in many different ways including public, private and hybrid. These hybrid models may be particularly interesting in the Healthcare context for example, with some segments of data being privately held by the consumer and select portions being publicly readable, and allowing appropriate levels of access for relevant stakeholders.

With this in mind two applications in healthcare appear to be an appropriate fit with the promise offered by Blockchain technology - Electronic Medical Records (EMRs) and Payments.

EMRs are currently maintained in centralized data centers, single point of failure, expensive to maintain, with access limited to hospital and care provider networks. With Blockchain enabled reform could store the complete medical history for each patient, with multiple levels of control by the patient, doctors, regulators, hospitals, insurers etc. providing a secure mechanism to record and maintain comprehensive medical histories for every patient.

In relation to pre authorised payments claims are often submitted without all required documentation and details. As a result, payers need to request additional detail, which adds costs and delays to the settlement process. Blockchain could help us simplify this, automating the collection and sharing of information and allowing claims to be reviewed and paid more efficiently and quickly.

Where is Blockchain being applied in Healthcare today?

There are a multitude of avenues being explored by startups in this space, with varied levels of success, from supply chain optimization to empowered PHRs. Initial coin offerings (ICOs) facilitate companies to work on their project is like a kickstarter project - this is where we will potentially see the early wins in Healthcare Blockchain but inevitably a number of challenges and failures. There have been about 38 ICOs in Healthcare Blockchain to date for example that of DocAi who launched their token sale, $NRN (Neuron), successfully in 2017 allowing consumers to participate in data trials, earn financial compensations by training their own AI, and receive personalized health insights.

MIT and Beth Israel Medical Center: One  collaboration worth noting is between MIT, their spin-out MedRec and the Beth Israel Medical Center. This group launched a pilot in Beth Israel based on the Ethereum system of Smart Contracts. In this White Paper MedRec the team highlights that the prototype provides a proof-of-concept system, demonstrating how principles of decentralization and blockchain architectures could contribute to secure, interoperable EHR systems.

NHS and Google Deepmind: One other healthsystem example worth noting is that of the NHS and Google Deepmind who announced a collaboration last year to develop an auditing system for healthcare based around blockchain technology, within a closed network of participants, to create robust audit trails that track exactly what happens to personal data. The goal is to enable the NHS—and eventually patients—to track personal data access and use in real time.

Mayo Clinic and Medical Chain entered into a pilot programme with MedicalChain in June 2018 to explore several use cases using blockchain based electronic health records. Like so many of these partnerships, this pilot is early stage and the finer details have not been generally released, however moves by lending institutions such as Mayo Clinic signals a promising step for medical blockchains.

While Blockchain is being hailed as a way in which we can reduce administration costs and data waste by cutting out the middleman, we still have a long way to go before this value is widely understood and healthcare players are willing to meaningfully engage.

Key limitations that must be addressed sooner rather than later include supporting regulation, business model uncertainty, and energy consumption.
In the past we had technologies that could do many aspects of what Blockchain is now offering but access and understanding is now radically different.

We must also bare in mind that the likes of trying to make a supply chain ‘better’ depends on whose version of better that is and how it is translated - blockchain itself cannot and will not make these decisions for us.

Even the most promising technology is useless if the key stakeholders such as hospitals and patients do not understand and trust the intervention, with this in mind collaboration and education is crucial but we are in an era that is on our side.

Novel technologies, particularly in healthcare, are oftentimes held to an unrealistically high standard from the outset. Instead of falling into the rabbit hole of expectations and disappointment let's look at blockchain in the context of existing processes and explore incremental improvements.

In the future large healthcare organisations will most likely have the ability and willingness to allocate resources to build their own blockchains, but for now we might expect the greatest advancements to come from startups paving the way in this space. 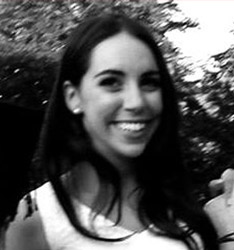 Hanna Phelan
Head of Clinical Engagement
Last Updated:
September 10, 2018
Stay up to date with our latest blog posts
Thank you! You will receive our newsletter every Sunday and occasional updates on new reports & events. You can unsubscribe at any time.
Oops! Something went wrong while submitting the form.
You might also like

Is Regulation Catching up With Digital Health?

The FDA and European commission have taken some big steps as a response to the burgeoning digital health market, while still trying to fulfill its mission of protecting public health. In this blog, we look at American and European initiatives in putting some structure on the regulation of SaMDs. 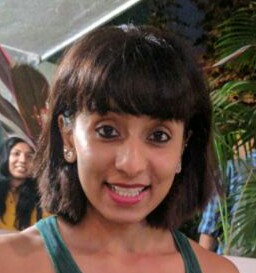 We recently released our Q1 report on Virtual Health Assistants (VHAs). As part of the report, we carried out a survey on consumers and clinicians. In this weeks blog, we examine the results of our survey to gain an insight into consumer and clinician awareness, adoption, and trust in VHAs. 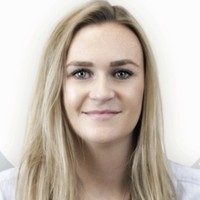 This week, in collaboration with HealthXL member Jeff Gombala (ZS Associates), we discuss the potential of digital health solutions to address the social determinants of health.